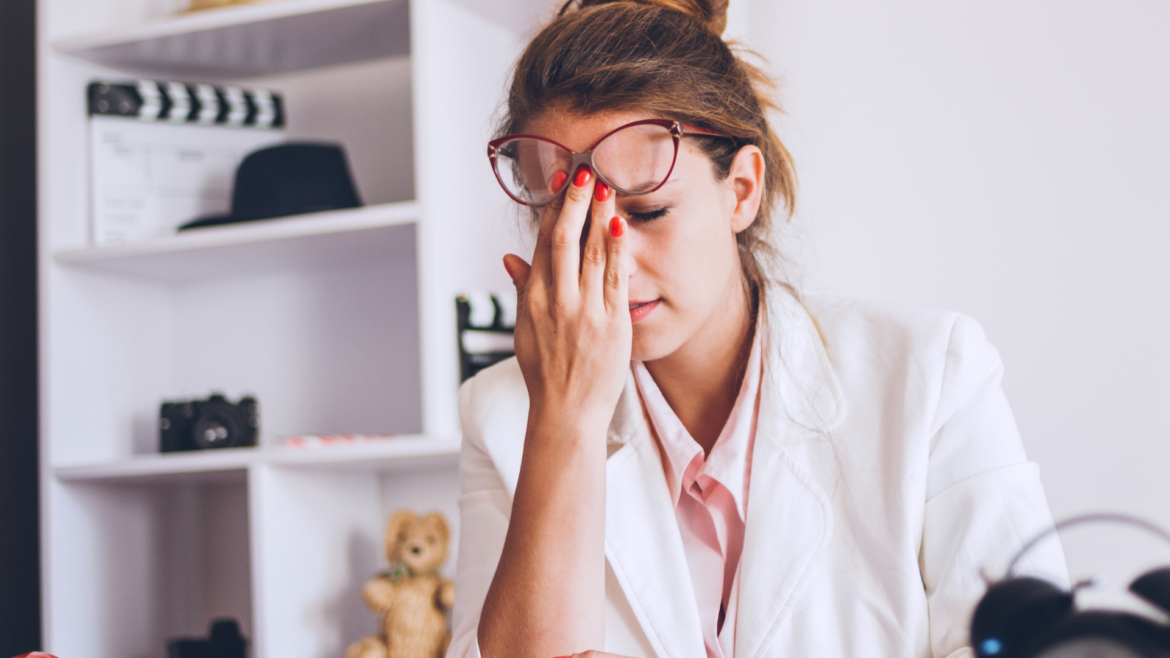 Potassium chloride (kali mur.) is subtle in its action and may be overshadowed by the more dramatic cell salts such as ferrum phos and nature mir. Nevertheless, kali our is as important as the others. It is an important constituent of the muscles, nerve cells, and brain cells. In fact, brain cells cannot form without this cell salt. It should almost always be used with ferrum phos. to fight fevers. Cell salt practitioners have believed that kali mur. is the cell salt that builds the nitrogenous protein fiber, fibrin.

In many ways, kali mur. resembles kali sulph. and is indicated of the same problems. There is, however, one big difference: Whether the problem is constipation, diarrhea, or nasal or bronchial catarrh, the color of exudations requiring kali mur. tends to be white rather than yellow, as in discharges that indicate a need for kali sulph. Cell salt practitioners sometimes give kali mur. when nothing else seems to work, it is helpful in treating chronic ailments, especially where severe inflammation is involved. It should be given routinely, along with ferrum phos., for colds and other catarrhal conditions. It is also prescribed for certain kinds of rheumatism, as is kali sulph.

Kali mur, can help destroy the body’s wastes when the body is uses white sugar to make the delicious concoctions you eat (and how many pastry chefs use anything else?), you will probably develop that sluggish, run-down condition that many people take kali mur. to get rid of!

When you take kali mur. for your liver, take it in the 12x dose three times a day. This dosage is about the same amount of kali mur. that occurs naturally in a healthy blood cell. A tired liver can be the cause of the sluggish, run-down feeling from which so many Americans suffer. Another way this wonderful cell salt might help sufferers relieve sluggishness is by thinning the blood, so that less energy is expended as it is pumped through the arteries.

It will take more than just cell salts to bring back the energy you had when you were younger, but cell salts, especially kali mur., can help. The right diet, including enough vitamins and minerals, is supremely important. With kali mur., you should begin to develop new vitality and energy.

Kali mur. should be given when a fever begins to recede. This is because this remedy is a building agent. Its effectiveness lies in its ability to help a body that is recovering from disease or infection.

Just as kali sulph. is good in cases of rheumatism, so is kali mur., which seems to ease the swelling in cells concerned with excretion and absorption in cases of inflammation, rheumatic or gouty pain. One difference between the two remedies is that when motion brings on pain, kali mur. is indicated, while when walking makes the pain disappear, kali sulph. is indicated. You will also have a telltale white or grayish tongue when you need kali mur., rather than the yellow one that indicates you need kali sulph.

Earaches can be dangerous as well as annoying. If you have a persistent earache or a discharge from your ears, kali mur is one of the main treatments for earaches. It should be used along with ferrum phos. in cases where the earache is accompanied by inflammation or fever, along with the treatment prescribed by your doctor.

Kali mur. is most useful when the inflammation has started receding and the membranes are thickening, so much so that sometimes the person’s hearing can be lost. Kali mur. works to pre-from the body through the ear’s mucous membranes.

You can apply kali mur. directly to boils and carbuncles to prevent further swelling. Kali mur. is also used to treat anemia that is accompanied by skin eruptions. If you have backaches for which you have taken ferrum phos., with no success, try kali mur. Tablets of kali mur. can be pulverized and the powder applied to first- and even second-degree burns.

If you have trouble digesting fatty foods, you suffer from flatulence, or your liver is sluggish, try kali mur. If you get gastritis from drinking hot liquids, you need kali mur. Also, if you have stomach aches, accompanied by constipation, try this cell salt. If your sleep is restless and you are easily disturbed, kali mur. will enable you once again to enjoy a refreshing night’s sleep.

Check out our other posts in our Cell Salt Series: 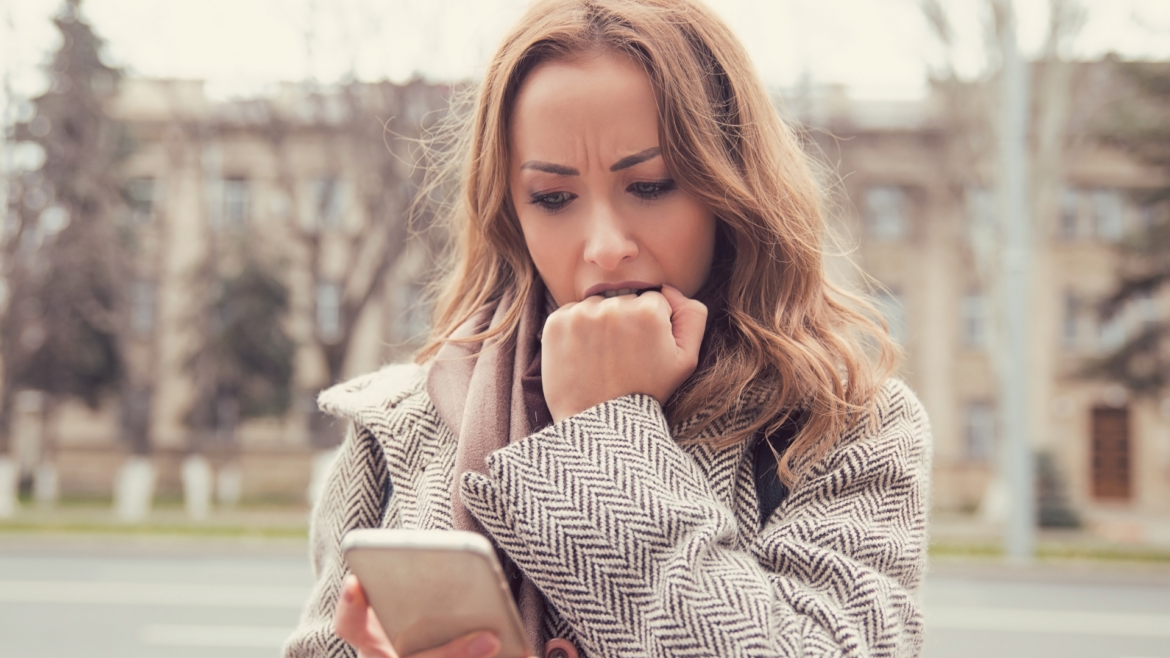 Рotassium phosphate (kali phos.) is the cell salt that works wonders on jangled nerves. Nowadays, it is a miracle that any of us can keep our cool. Tempers flare, and life has more problems than ever before. Luckily for us, however, Dr. Schuessler, working in the German countryside many years ago, discovered that kali phos. helps to calm irritable tempers, and his discoveries remain pertinent today.

Kali phos. is the cell salt that helps people when they become depressed or when they suffer from headaches due to nervousness. It has helped insomniacs enjoy a refreshing night’s sleep.

Kali phos. is the most important of the three potassium remedies in the twelve-remedy cell salt group. This remedy is prescribed to banish irritability, worry, overexcitement, over-work, and depression-even that awful extreme depression that makes even the simplest task seem a veritable Mt. Everest to be conquered.

Kali phos. has even helped people who have suffered from grief, sorrow, and despair for long periods of time-people to whom life has seemed wearing rather than joyful. These people have taken this remedy, recovered, and begun to live happy, productive lives. Kali phos. is often prescribed for senility, weak memory, and forgetfulness. If a busy executive or an overworked student becomes tired from too much mental exercise, kali phos. can provide soothing relief.

Kali phos. appears to restore direction and order to both the mind and the body. It seems to act as a stabilizing influence when vitality is flagging in the face of adversity. It can be an effective sedative if a person is suffering from restless anxiety and fears that are almost paralyzing.

Potassium operates as a “detergent” in the large intestine and alimentary canal. It is vital to the action of the heart. Some people believe that the answer to cancer lies buried somewhere in the secret of potassium’s chemical action. It is known that the “secret of life” is hidden in the cells and the chemical changes there energize the cells, giving them life.

For the biochemical preparation of kali phos., potassium is mixed with phosphoric acid until the solution is slightly alkaline (as opposed to acid). Phosphoric acid is vital to brain chemistry because it combines with other substances and becomes part of the gray matter of the brain.

A Remedy For Heart and Soul

Depression is just about the most awful thing that a person can endure. Often the person is not even sure why he or she is depressed, which makes it even worse. Kali phos. is recommended for people who have irrational fears. Such people are afraid that a hundred and one calamitous things are going to happen to them. This is not a rare problem; millions of people suffer from this mental malady, perhaps even you.

Do you sometimes lose your appetite? Do noises, even small ones, drive you crazy until you are ready to scream, “I can’t stand it anymore”? Does one more truck with squealing brakes or rumbling by on an overpass, or another helicopter overhead, or the kids outside in the driveway drive you to distraction?

Do you dread noise? If you suffer from this sort of mental state, kali phos. is just what the doctor ordered. Do you wake easily? Does your memory play tricks on you? Do you suffer from a vague feeling of homesickness? These symptoms indicate a kali phos. deficiency. Do you need to withdraw from society? Depression can occur during a period of self-doubt, pressure, worry-when you feel you do not know what to do. But now you do know. Take kali phos.

Headaches are not easy to treat, as modern medicine and science can tell you. In the chapter about natrum mur., you learned about the major remedy for headaches. But kali phos. is a good remedy to take, along with whatever else is indicated, if you have a “nervous headache.” Nervous headaches are often related to conditions that depress or worry you, even though you may not clearly understand or realize the cause.

All of the phosphate cell salts are recommended when a headache is located over the eyes. One should take kali phos. in alternation with mag. phos., with or without natrum phos.

Headaches are most often helped by kali phos. are those brought on by, or in connection with, irritability and fatigue. If you yawn a lot, your ears hum, and you just do not feel like staying up, but your symptoms disappear when things suddenly start looking interesting or when you eat, you probably need kali phos. Headaches resulting from too much mental exertion will be helped by this remedy, too. It is especially helpful for students who develop headaches around examination time.

Generally, symptoms require kali phos. are worse in the morning and evening and persist into the night.

The person suffering from these symptoms will often find that he or she feels better after getting up and slowly walking around. Cold air makes the symptoms worse; fasting may make the symptoms better.

Aching pains are connected with a kali phos. deficiency. They seem to tear down and can be almost paralyzing. If you are worn to a frazzle by your job; if life has dealt you a series of blows; if you feel hopeless—try kali phos. as your constitutional remedy. It could change your life!

If your vision is blurred or you see colors before your eyes, floating black spots, or halo effects, your vision could be improved by kali phos. If your ears are swollen, pulsating, or twitching; if suffer from a cough with your colds; if your nervousness gets you the best of you; if you develop a case of hay fever; if your nose is obstructed or swollen; if your gums are swollen, burning, and red—you need kali phos. Of course, if you have a serious infection, you should not attempt to treat it by yourself. See a doctor.

One important use for kali phos. is to eliminate certain offensive body odors. It can also eliminate bitterness in your mouth and nervous chattering of your teeth. Certain kinds of coughs are best treated with kali phos., such as hacking coughs, short, spasmodic coughs, and coughs from asthma (kali phos. is the specific remedy for asthmatic coughs).

One of the main physiological applications of kali phos. is in the treatment of angina pectoris. It is taken along with mag. phos. Naturally, if you have chest pains you should see a doctor. But after you have seen your doctor and he or she has begun treatment, you should go to your health food store or homeopathic pharmacy and buy some kali phos.

Everything connected with heart trouble can be treated with this cell salt-in conjunction, of course, with whatever your own physician prescribes. When the heart is full of fat or is degenerating, the lungs are inflamed, or there is pain in the chest, this wonderful soother should be taken on a regular basis.

nervous dread without any cause, gloomy mood, looks on the dark side of everything,   homesickness, longing for past times, night terrors, oversensitive to noise, memory weakness,

Check out our other posts in our Cell Salt Series: