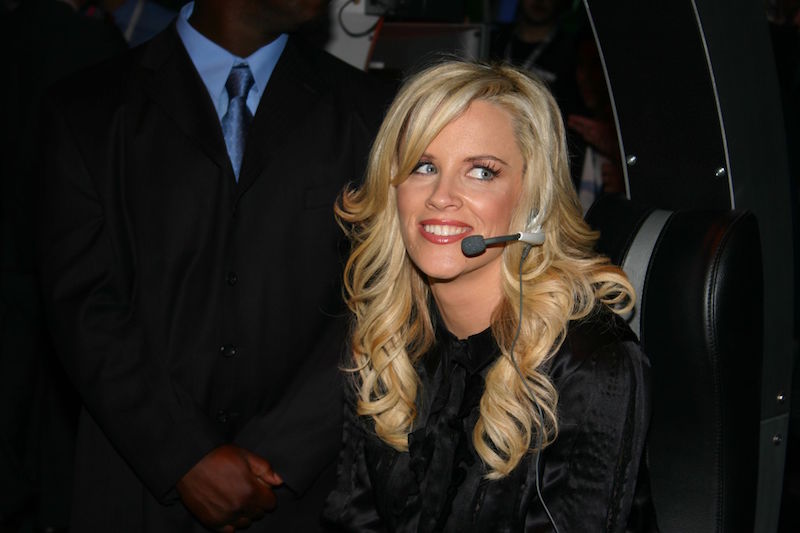 Botox, Fillers and Keeping it Real

On New Years Eve I watched Jenny McCarthy host Dick Clark’s New Year’s Rockin’ Eve. I couldn’t help but notice something looked terribly strange about her face! She kept trying to host the show and have some sort of expression and movement to her eyes but couldn’t. She was a victim of too much botox and had a frozen face! It really made me wonder why someone so attractive felt the need to inject so much botox into her forehead that she literally couldn’t move it. The result made her look like a robot.

To Botox or Not to Botox?

I actually am not taking a stance in regards to anyone deciding to use botox or not. I am taking a stance against why woman are so opposed to age gracefully. I used to have a problem when someone would say “You look good for your age”, but then I started to realize that compliment was a true gift to hear. I am almost 51 years old and that is not something I am embarrassed or ashamed of. I am the mother of three children also. I don’t seek to compare myself physically to woman in their twenties or thirties nor do I think I should inject or botox my face up to look “as if” I am born in the 70’s or the 80’s. I will admit that I get my fair share of people who think I look far younger than my age but hopefully that is because of taking bio identical hormones and eating healthy. I share many of those secrets in my ebooks The Power of Bio-identical Hormones and Secrets of Weight Loss, Diet & Staying Lean Forever (Both of these ebooks are available as part of my Health & Beauty Bundle).

I firmly believe that as woman we don’t need to buy into the notion that we are never going to wrinkle. The pressure we put on ourselves to be and look perfect all the time is driving even the most beautiful movie stars in their 40’s and 50’s to over inject and botox their faces. I can only imagine what type of message this sends to your teenage daughters who are growing up and struggling with their appearances.

Let’s teach the younger generation that with each and every wrinkle comes a moment of clarity, a moment of wisdom and hopefully a well earned smile line from making plenty of happy memories with family and friends. 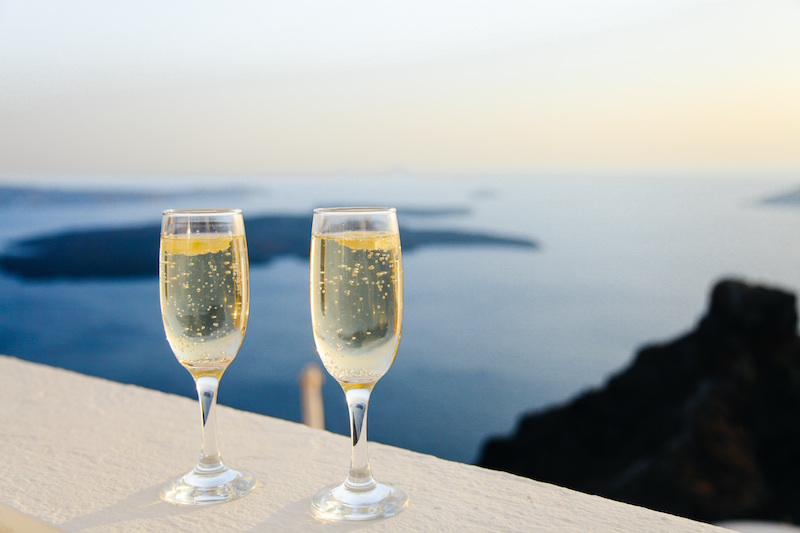 Many people use the New Year to think about goals for the future. Losing weight, working out, giving up bad habits… All of these things are common goals but so often people making these goals meet with failure in short order. In fact, you’ve probably had a similar experience. Why is it so hard to set positive goals and make them happen? Why does it seem so difficult to make improvements to ourselves? And what can I do to make this year different?

Well, there are several theories on this. Dr. Wayne Dyer said the reason we fail with our resolutions is because, “any resolution that involves you making decisions about long-range upcoming behavior reinforces the self-defeating notion of living in the future rather than in the present moment.” He suggests that, instead of setting big goals for the new year, we should set small goals for each new day.

So instead of saying, “I’m going to lose 40 pounds this year” and then feeling like a failure when you have a hard time resisting that chocolate cake three months from now, wake up each morning and ask yourself, “What healthy choices will I make today?” Then you can easily follow through on your goals, one day at a time, just by living in the moment.

Dr. Mercola offers further suggestions. Instead of making resolutions that are easy to break, focus on making lifestyle changes. Instead of making the resolution to work out for 45 minutes every day, decide each day that you will get in as much movement as possible. That way you aren’t telling yourself at the end of the day, “Ugh! I still have to get on the treadmill.” Much more satisfying is to end your day by recalling that you took the stairs instead of the elevator, walked in the park on your lunch break instead of playing Candy Crush on your computer, and walked the dog instead of letting him into the back yard while you veg in front of the TV. All those little things add up! You can learn lots more tips and tricks for creating a healthy lifestyle by reading my ebook, “The Secrets of Weight Loss, Diet, and Staying Lean Forever“.

Dr. Josh Axe believes it’s important that we understand why we are setting certain goals. For instance, instead of deciding you need to lose weight because “I’m fat”, think a little deeper. Do you want to lose weight because you want more energy? Do you want your clothes to fit better? Do you want to feel younger as you continue to get older? Take a moment to really dig deep and figure out your “why”. Dr Axe suggests writing these things down and posting them someplace where you can see it every day so you always remember your true motivation.

To sum things up, there are ways that you can be successful in meeting your goals:

Keep in mind, goals don’t just have to be about diet and fitness. Think about how you’d like to improve your relationships with friends, family and your significant other. If your marriage or relationship is struggling, I can help with my book, “How to Keep Your Man Interested“.

Live for the moment and enjoy every moment of the New Year! Together, we can make it your most successful year ever.

Psyllium hulls or psyllium husk comes from the crushed seeds of the Plantago ovata plant, an herb native to parts of Asia, the Mediterranean and North Africa. Similar to oats and wheat, psyllium is rich in soluble fiber. Traditionally, psyllium husk is used as a gentle bulk-forming laxative for constipation. Its ingredients include alkaloids, amino acids, oils, protein, tannins, flavonoids, and a variety of sugars and carbohydrates.

Studies suggest that a high-fiber diet, which may include psyllium, can lower insulin and blood sugar levels and improve cholesterol and triglyceride levels in people with diabetes. Psyllium has long been recognized for its potential role in reducing blood cholesterol. In 1998, the FDA approved a health claim on psyllium: 3 to 12 grams of soluble fiber from psyllium seed husk when included as part of a diet low in saturated fat and cholesterol, may reduce the risk of heart disease. Studies have shown that psyllium husk is effective in lowering total cholesterol and low-density lipoprotein or LDL (the bad cholesterol) levels. Studies also found that a 1% reduction in total and LDL cholesterol can reduce the risk of heart disease by up to 20%.

Psyllium hulls have many other health benefits.

Since psyllium husk provides fiber, it can alleviate constipation. In addition, recent studies also showed positive benefits of psyllium husk in IBD (Crohn’s Disease and Colitis) and IBS. Studies have concluded that psyllium relieves constipation as it is believed to speed the passage of stool through the digestive tract by softening the stool and attracting water thereby producing more bulk (which stimulates the transit of waste through the gastrointestinal tract).

Psyllium can be used as a bulk-forming agent to relieve mild to moderate diarrhea. When psyllium husk comes in contact with water, it swells and forms a gelatinous mass that stimulates the transport of waste through the intestinal tract. It is considered a good intestinal cleanser in that it speeds waste matter through the digestive system. In preparation for a colonoscopy procedure it helps to cleanse the colon. It soaks up a significant amount of water in the digestive tract, thereby making stool firmer and, under these circumstances, slower to pass. In other words, Psyllium acts to slow down a too rapid transit time. It appears to stabilize bowel movements and is often used in cases of alternating constipation and diarrhea and reduce the pain associated with hemorrhoids and anal fissures.

Psyllium also has the additional advantages over other sources of fiber by reducing flatulence and bloating. In a study of people with ulcerative colitis (a type of inflammatory bowel disorder), psyllium seeds were as effective as the prescription drug mesalamine in decreasing recurrences of the disease. Psyllium hulls are effective relief for stomach and intestinal ulcers.

One of the great health benefits of psyllium is the fact that it binds to cholesterol (and potentially toxic substances) as it passes through the gastro-intestinal tract. By binding to toxic substances in the gut, it can prevent these compounds from being absorbed into the body or reacting with the walls of the intestines. Ridding the colon of toxic substances, including heavy metals it acts almost as a sponge to soak them off the walls of the intestine. This may reduce the risk of developing colon cancer.

Psyllium encourages the growth of healthful, “friendly” intestinal bacteria such as Lactobacillus acidophilus and bifidobacteria, which are helpful in regulating bowel movements. In addition, psyllium husk can act as a prebiotic aiding to heal the inner lining of inflamed intestines.

Weight Loss. Studies and clinical reports suggest that psyllium may enhance the sensation of fullness and reduce hunger cravings. For these reasons, incorporating psyllium into the diet may aid weight loss. Psyllium husks slow down the absorption rate of carbohydrates. Since it slows down the absorption rate of any carbohydrates consumed with them, the glycemic index of the carbohydrate-containing food is lowered significantly, which means it helps to keep blood sugar levels stable, keep insulin low, and therefore assist weight loss. Psyllium husks add more ‘bulk’ to the meal. By adding more ‘bulk’ to a meal, it creates a feeling of fullness for longer after consuming the meal.

Psyllium husk also helps to eliminate the fecal matter from your body on consumption, resulting in weight loss. The size of the stomach decreases after the removal of fecal matter from your body. Also, an individual acquires a lighter feeling body. Mainly, it helps in natural bodily waste removal, which in turn enhances colon condition and increases body metabolism. In order to lose weight fast, doctors may prescribe psyllium husk supplement.

Psyllium seed husks have been used in herbal remedies including topically for treating skin irritations includes poison ivy reactions and insect bites and stings. It has also been used in Chinese and Indian traditional herbal systems to treat bladder problems and high blood pressure.

In general, prescription drugs should be taken 1 hour before or 2-4 hours after psyllium, because the absorption and effectiveness of many drugs may be reduced. Psyllium should always be taken with (at least) a full 8-oz glass of water. It is also important to drink at least 6 to 8 full glasses of water throughout the day or constipation may develop. Taking psyllium supplements without adequate liquids may cause it to swell, and, in extreme causes, cause choking. Do not take this product if you have difficulty swallowing. People with esophageal stricture (narrowing of the esophagus) or any other narrowing or obstruction of the gastrointestinal tract should not take psyllium. Do not give psyllium to a child. For those not accustomed to taking psyllium, it is best to begin with a low dose (such as 1/2 tsp. in an 8 oz glass of water once a day), then increase to 2 tsp. in two 8 oz glasses of water per day, as needed. Higher doses of psyllium may be recommended by a health care provider to treat certain conditions. As a weight-loss aid, take at least 30 minutes before meals.